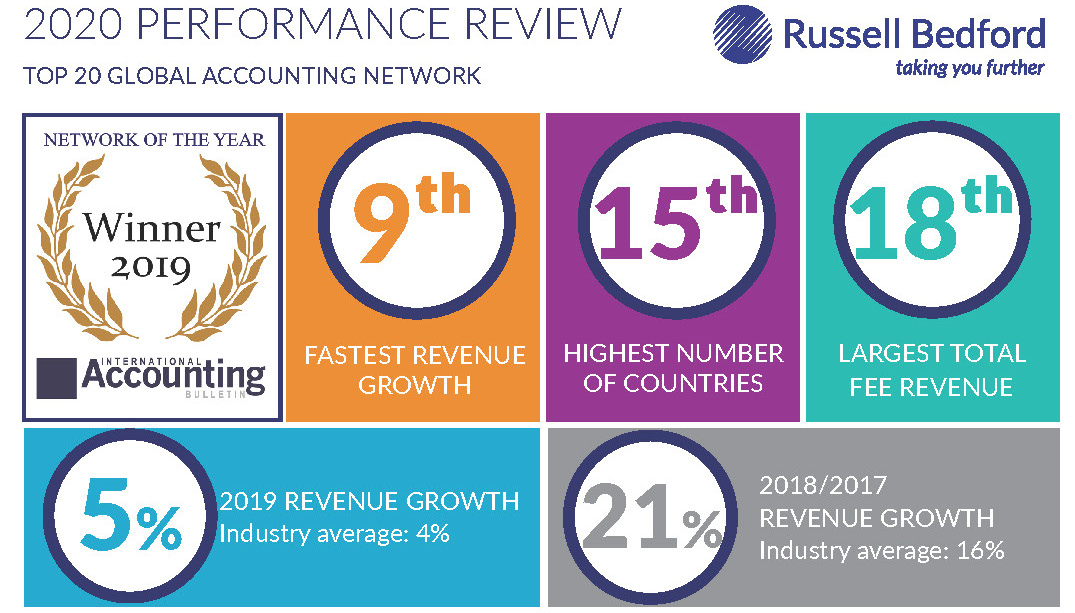 Impressive figures were revealed in respect of regional growth, including being ranked first among all global networks in Asia Pacific, achieving the highest percentage growth rate. Russell Bedford’s European growth was similarly impressive, where the network ranked third when compared to all networks in the Top 20; as well as fourth for growth in Africa.

Russell Bedford further secured second place among all global networks for the net increase in the number of new member firms recruited and, in terms of global revenues, achieved the ninth highest percentage growth, with a 5% increase in revenues; 1% higher than the industry average of 4%.

Speaking about the results, Stephen Hamlet, CEO of Russell Bedford International, said: “It is extremely pleasing to see such positive outcomes resulting from the recent IAB World Survey.  As a network that is highly motivated towards delivering consistent progress, I was delighted to see the network display the highest growth in Asia Pacific and be ranked second in terms of net increase in the number of new member firms.  Although retaining our position as a Top 20 network, with such positive figures and statistics, is significant, we remain committed to continuously improving not only such rankings but, importantly, the service offering we provide our members; enabling them to deliver comprehensive and quality support to their global clients.”

For a summary of Russell Bedford’s 2020 performance click HERE.